I made this cake for my husband Mark's grandmother who was celebrating her 94th Birthday a few months ago now and haven't gotten around to posting about it until now!
I have got into cake decorating after going on a cupcake decorating course just before christmas with a neighbour and we had a blast! So off I went to Hobbycraft and bought a load of cake making tools to play with. This is the result I got when using the sunflower icing plunger! 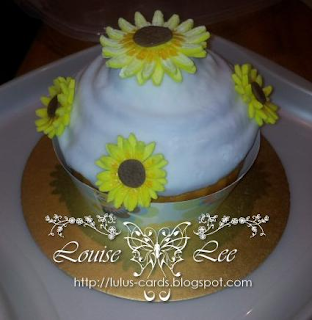 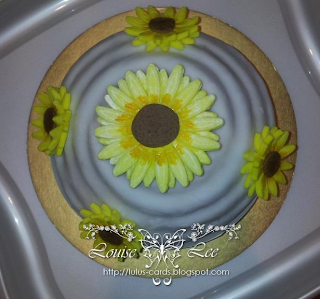 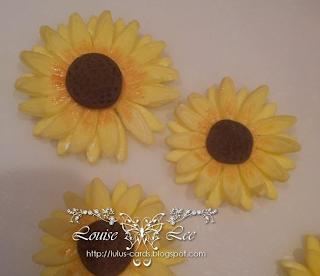 I actually dyed the icing myself too, so I could get the right colours!  It was messy fun!
I layered the sunflowers up and curled the edge of the petals, as well as painting on some dye to make them look more life-like!  I had a few little misshaps when curling the petals, so thank goodness for icing glue! haha

I let the sunflowers dry before putting them on the giant cupcake as they just flop otherwise....tried and tested!

I used my craft robo to cut out a case to put around the edge too.

Marks grandmother was thrilled with the cake which apparently tasted great too.  It was a lemon cake filled with lemon fromage frais.

I was pretty pleased with how it turned out!  It was horrible cutting it, that's for sure! All that effort and then its gone! But it's worth it!